President Trump’s decision to withdraw from the Iran ‘deal’ triggered a furious response from the Iranian officials. 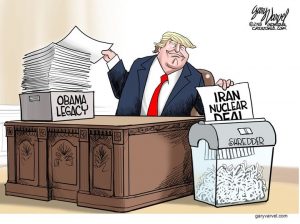 Iran’s Foreign Ministry Spokesman Hossein Jaberi Ansari warned Western officials this week that if they do not put pressure on the Trump administration the Iranian regime will leak the names of all Western officials who were bribed to pass the weak deal.

H.J.Ansari Zarif’s senior advisor: “If Europeans stop trading with Iran and don’t put pressure on US then we will reveal which western politicians and how much money they had received during nuclear negotiations to make #IranDeal happen.”
That would be interesting.#JCPOA

We could only speculate who are the European officials considering that Europe has the most to gain from an Iran deal.
However, we know who are the USA Democratic senators who voted ‘Yes’ to the deal.
This is the list, according to the Wall Stree Journal:

A quick look at the list, and you are going to find the names of the obnoxious Democratic senators giving lots of headaches to the current administration of President Trump.

Unfortunately for the current admnistration, P44 knew how to surround himself with loyal minions. 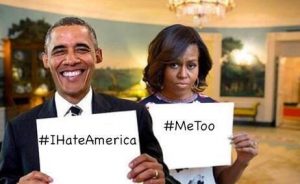 Look no further than Jon Tester, the idiot who had no problems spreading rumours with the end results of Dr. Ronny Jackson losing nomination for secretary of Veterans Affairs, or commie Bernie Sanders, who keeps his dirty fingers in every pie.
Along comes the perv Al Franken, the weasel Richard Blumenthal (HR Clinton’s close friend), the horrible two faced idiot Cory Booker, the senile duo Feinstein – McCaskill and the fake Indian Elizabeth Warren.
What a gang of disgusting human beings!