I am looking forward to hearing and reading the next debate on genetically engineering aka manipulation, with animal protection activists foaming over the concept of ‘designer pets’.

Personally I must admit that I don’t fancy this concept either. I guess people would be better off if available grants are used to find cures to diseases going rampant, rather than creating animals for the rich and famous.
Because let’s face it, who is going to spend $22,000 on a designer cat? But hey, the positive aspect is that some cat or dog expensive breeds might get a more realistic, down to earth price.

A California based biotech company, named Lifestyle Pets has created a hybrid exotic breed of domestic cat that resembles a mini leopard.
Introducing the Ashera cat. 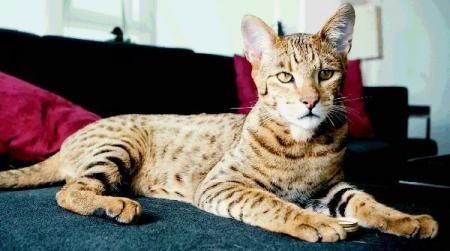 “The Ashera is the world’s rarest and most exotic breed of domestic cat.
Developed by blending two exotic feline bloodlines with a domestic breed of cat, the distinctive result is the Ashera.
Featuring leopard-like spots and contrasting stripes, the Ashera can reach a weight of thirty pounds (14 kg). Lifestyle Pets developed the Ashera by way of a proprietary blend of the exotic bloodlines of the African Serval and Asian Leopard Cat subsequently bred with a domestic cat. Genetic monitoring is used to standardize breeding and ensure that the defining features of the Ashera remain exceptionally consistent.
Ashera cats are highly intelligent, very affectionate and have great temperaments, requiring the same care as any ordinary cat. Fully socialized, the Ashera gets along well with children and other pets and takes well to being walked on a leash.
New for 2008: The Ashera GD, an hypoallergenic version of the Ashera.
Priced at $22,000 for the standard Ashera and $28,000 US for the GD version”

The company has a large distribution network covering the whole world.
Most of the 100 Ashera cats sold this year by the company have been to customers in Russia and China.
The Ashera is just one of the lucrative breed of designer cats.
Other hybrid varieties include the Toyger, which is a cross of a Bengal and a domestic cat, the Chausie , a mix of jungle and domestic cats, the Savannah , which resulted from breeding an African Serval and a house cat, the Pixie Bobs and the Safari Cat, a hybrid of South American Geoffroys cat. 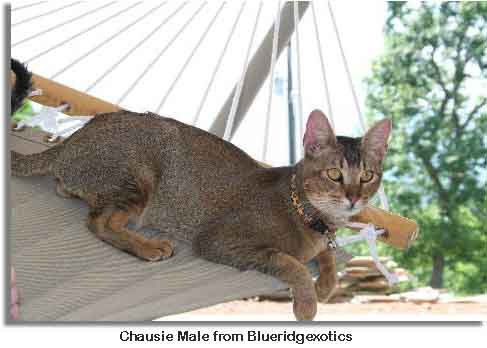 Lifestyle Pets accepted that Savannah and Ashera might look pretty much alike, but they have different characteristics. From what I have read it looks like savannah cats are bred more naturally so to speak. Which makes me wonder what type of procedure Lifestyle Pets used? Some sort of in vitro fertilization (IVF)? They needed a prototype to work with.

Checking the Toyger website I noticed a long list of breeders, most of them in the United States, so I presume that they are not doing IVF due to the difficulty of the procedure, but rather follow regular breeding techniques. Although from their website : the kittens are leaving the breeding premises spayed or neutered.

In 2009 Lifestyle Pets is planning to offer dogs as well. The Jabari GD is a true hypoallergenic small dog priced at $15,000 US.

Curious as a cat, I looked for the etymology and this is what I found:
Ashera = Canaanite fertility goddess or meta-virus brought to earth naturally or by aliens in the science fiction book ‘Snow Crash’ by Neal Stephenson
Jabari = the brave one, fearless… kind of funny because the dog is small and white

Final thought: maybe we should give the go-ahead to human cloning and develop hybrids with an IQ in three digits. So far the vast majority of the Earth population is way below the 100 mark.