But Mr. Bernanke warned that the road to recovery would be a long one, with unemployment reaching 10% (Note: the actual unemployment sits probably around 15%).

The International Monetary Fund (IMF) has predicted that the US economy will expand by 0.75% next year, after earlier predicting no growth.
“Bernanke was a little bit more bullish than most people were expecting,” said Jacob Oubina, currency strategist at Forex.com.
“He’s saying that the global economy is starting to emerge from the recession and that the fears of a financial collapse have receded substantially.
“I think the market is just taking those headlines as extreme positives for the outlook.”

The Mexican government has enacted a law decriminalizing the possession of small amounts of drugs, including methamphetamine, cocaine and heroin.
Those found in possession of the equivalent of four joints of marijuana, or four lines of cocaine will no longer be viewed as criminals.

The reason for the move: To prevent corrupt police from seeking bribes from small-time drug users, and to encourage addicts to seek treatment- which will be compulsory if users are caught a third time.

According to a US official, President Barack Obama’s administration will raise its 10-year budget deficit forecast to about nine trillion dollars, up about two trillion from the previous forecast.
The new figure will give Republicans ammunition against President Obama’s plans to remake US health care and fight climate change.

As a reminder: The U.S. government, which financed GM’s U.S. bankruptcy, has ruled out using any of the $50 billion it has provided to the Detroit-based automaker to support its international operations. As a result, GM decided to sell Opel and recently it’s Saab division- which was purchased by a Swedish carmaker.
After Italy and China dropped from the race, only two other bids were taken into consideration for the Opel division.
One was the Canadian company Magna and its Russian partner Sberbank(with the Russian carmaker GAS Group having the right to purchase Sberbank’s stake) ; the other one was Brussels based RHJ.
Germany’s government, which faces elections next month, has offered its financial backing for the Magna bid because it believes it would be the best option to save jobs. In Germany, Opel employs over 25,000 people in four major plants, in the U.K., there are two key factories that produce automobiles under the Vauxhall badge and other facilities are in Belgium, Poland and Spain.
Berlin and the German states that host Opel plants have made clear they want Magna to get the carmaker and are set to provide 4.5 billion Euros ($6.4 billion) in state aid to make it happen.
The final decision seems to be influenced by what type of aid the German government will provide in case RHJ wins the bid.

GM would rather pick RHJ, probably mostly due to the fact that Magna is associated with a Russian carmaker which obviously targets the big Russian market that would be out of touch for GM. To understand what cars is Opel manufacturing we should mention that
Opel’s Astra compact competes with the Volkswagen Golf and that other best sellers include the small Corsa model and the mid-sized Insignia, which was voted European Car of the Year by automotive journalists.

Insignia is going to be sold in North America under Buick Regal name, starting late 2010. It’s currently sold in Chile as Chevrolet Vectra and in the U.K. as Vauxhall Insignia. 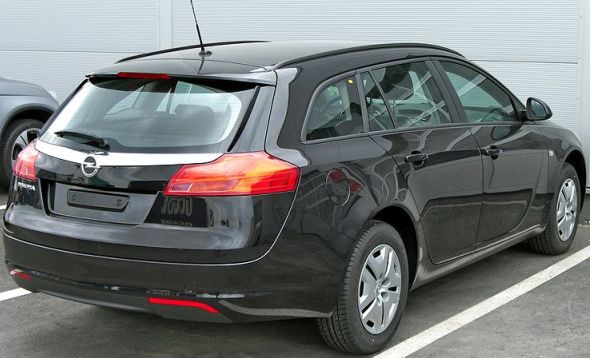