Is Dubai the beginning of a new economic crash?

By now everybody knows that the latest piece in the global economic recovery card castle about to start a fall down, is Dubai, which is billions of dollars in debt. On Wednesday, Dubai requested that Dubai World be allowed to skip six months of interest payments on its debt.
According to the latest information, Dubai World, the state-owned largest corporate entity of Dubai, has $59bn of liabilities, which represents a large proportion of the Gulf emirate’s total debt estimated at $80bn. What does it mean? It means that most European banks, admitted or not, are going to be more or less affected by the potential loss.

Dubai accumulated its debt as it expanded in banking and real estate projects before the global financial crisis dried up available financing. With the economic collapse of 2008, the glamorous man-made islands and the fancy, extravagant real-estate lost a big chunk of their original value, leaving Dubai with the huge debt. People are not coming to buy or rent what has been built with a huge profit in mind. 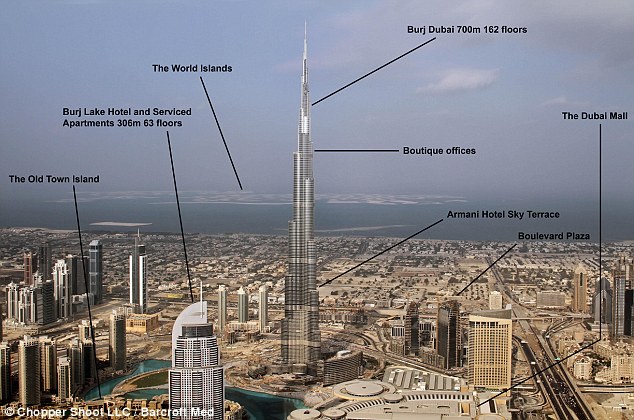 Dubai has little oil wealth of its own. It acts as the trading, tourist and financial hub of the emirates. It was assumed that the U.A.E.’s richest oil state, Abu-Dhabi, would always bail out its neighbor, and that assumption seemed to have been proven wrong with Wednesday’s announcement.
Is Dubai’s situation shedding some light over what is to come? Meaning another economic collapse? Probably a Dubai default may not provoke a banking crisis, but it could spur a crisis of investor confidence in an economic recovery.

Tiger Woods in a car crash

At 2:25 AM Tiger Woods crashed his car into a fire hydrant and then into a tree. His wife rushed to the scene and smashed the back window of the Cadillac Escalade to help him get out. Or so the story goes.
One may ask: What was he doing at 2 AM driving the car out of the $ 24 million mansion? One possible answer: domestic issue.
Next question: Has his wife smashed the window before or after the crash? Was her smashing actualy caused the crush?
Put the pieces together and the next question pops in mind: Who is the other woman?
Or how the French would say: Cherchez la femme.

According to various tabloids (National Enquire being one), Tiger Woods has been having an affair with a Rachel Uchitel (nightclub hostess), who allegedly exchanged sexually-charged text messages with him and travelled to Melbourne, Australia, to meet him on November 12. A photograph showed her checking into the hotel where he was allegedly staying.

This is the scenario: The tabloids story made Tiger’s wife angry, confronted him, then they got into a fight, she scratched his face (as per TMZ), he left the mansion, jumped in the car, she (Elin) followed and smashed the rear window using two golf clubs. 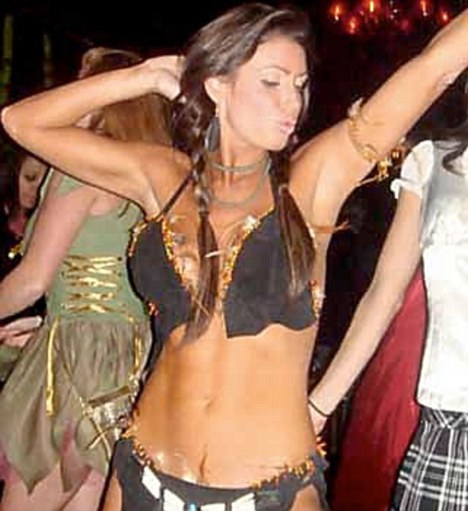 Take a look at the picture and be the judge.