“Tonight, talks broke down over Republicans’ continued insistence on a short-term raise of the debt ceiling, which is something that President Obama, Leader Pelosi and I have been clear we would not support. A short-term extension would not provide the certainty the markets are looking for, and risks many of the same dire economic consequences that would be triggered by default itself. Speaker Boehner’s plan, no matter how he tries to dress it up, is simply a short-term plan, and is therefore a non-starter in the Senate and with the President.

“In an effort to reach a bipartisan compromise, we are putting together a $2.7 trillion deficit reduction package that meets Republicans’ two major criteria: it will include enough spending cuts to meet or exceed the amount of a debt ceiling raise through the end of 2012, and it will not include revenues. We hope Speaker Boehner will abandon his ‘my way or the highway’ approach, and join us in forging a bipartisan compromise along these lines.”

Immediate reaction of the market : U.S. stock futures down more than 100 points.

Meanwhile, from Global Research comes the following information:
– An audit of the Federal Reserve’s emergency lending programs, revealed that the Fed provided more than $16 trillion in secret loans to bail out American and foreign banks and businesses. Independent Senator Bernie Sanders responded to the audit by saying, quote, “This is a clear case of socialism for the rich and rugged, you’re-on-your-own individualism for everyone else.”
– The 13 trillion was not even paper money; it was computer keyboard issued
– Senate Majority Leader Harry Reid described the “cut, cap, balance” bill, proposed by Republicans, as one of the worst bills in the history of the country.
– Unemployment is not quite 9.2%, more likely around 30% (maybe even higher)
– Greece didn’t really get any bailout funds at all. All of the bailout funds were given by European creditor governments to the banks that held the Greek bonds. And Greece was told, “Well, there’s a 50 billion euro loss on your bonds that have gone down. You have to sell off and privatize €50 billion of your land and property in the public domain.”

I wonder if it is the harbinger of the USA collapse? Because right now it looks like the probability of global economic collapse is around the corner.
Are we doomed?

It’s mind boggling to read that while some areas on our planet struggle with drought, famine, starvation, some designers are busy trying to come up with fancier and crazier super expensive yachts to please whoever would afford to buy them for their own relaxation.

I have no idea how much a yacht such the following may cost; however I am quite sure that money could be spend on better humanitarian causes.
Courtesy of Daily Mail, we present you the next super yacht, coming with its own volcano and waterfall coming down into your private pool. Beach cabanas, helicopter landing pad, cinema, library, spa are just about a few of the pieces that are going to complete the new attempt to defy common sense. 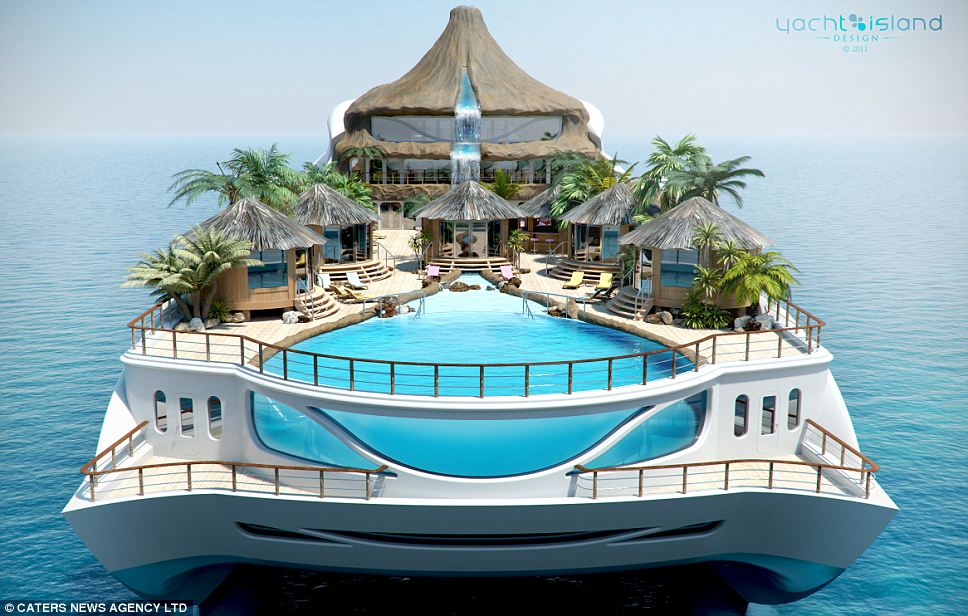 In the mean time, poverty shows its ugly face 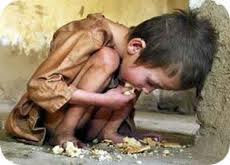 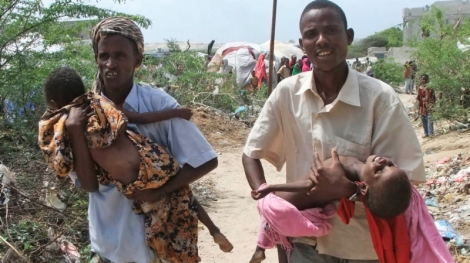 While some Russian oligarch may contemplate on buying the yacht with the volcano, other people live like this 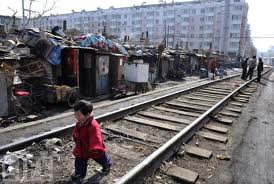 Some people starve to death; others eat themselves to death. It’s like a pandemic extermination of human race. We live in a world of huge contrasts: on one hand are those (the vast majority) struggling with the everyday life or survival; on the other hand is the small but powerful group of the egomanical, insensitive super rich.

News agencies reported that today, July 20, 2011, German Chancellor Angela Merkel and French President Nicolas Sarkozy met to seek common ground on fighting the debt crisis before July 21, 2011 European summit. Again the EU government chiefs are trying to find a Greek rescue solution, that would be more palatable to their respective taxpayers. Greek Prime Minister George Papandreou said in an interview that the summit could be a “make-or-break moment” for the euro region. The rescue package is believed to be around 110 billion euros ($156 billion).

What is to be understood? That Greek is the Achilles tendon of EU? What about the other group of countries pejoratively named PIIGS (Portugal, Ireland, Italy, Greek, Spain)? Is it going to be enough capital available to bail them out?

An interesting article from February 2011 is worth reading as it sheds some light on why the stock market did and would go short on euro.

In the mean time, things are not nice and dandy in the United States either. While President Obama was in talks with German Chancellor Merkel regarding Greek’s rescue package, remember that he has a bigger fish to fry at home, where the Federal Reserve is preparing for the possibility that the United States could default. What’s going to happen if the world’s biggest economy runs out of cash on August 2? In Washington, lawmakers were working on a plan to raise the U.S. debt ceiling with market-pleasing(operative word being ‘pleasing’) proposals to cut spending. Congress must approve an increase in the $14.3 trillion U.S. debt ceiling by August 2 or the government will run out of money to pay its bills.

Karma is a bitch, isn’t it? Years ago Latin American countries have been lectured ad nauseam by Uncle Sam over where to make budget cuts and how to address their debts. Ten years ago, Argentina defaulted on about $100 billion in debt. In a dramatic role reversal, the USA faces the same problems, only multiplied a thousand fold.
I found it sadly ironic that ‘Brazil, the region’s economic powerhouse, which just a decade ago had to come to Washington to ask the International Monetary Fund for a bailout, is now the United States’ fourth-biggest sovereign creditor — holding about $211 billion in U.S. Treasury securities, according to U.S. data from May’ (source: Reuters)

— Canada: $125.2 billion (No wonder we are getting anxious and at the same time mad when politicians like Hillary Clinton asks for a revision of NAFTA to favor them even more than it does right now. Seriously?)

It remains to be seen if the market is going to experience the dreadfully predicted ‘second dip’ and throw us all into a deeper recession, or if that powers that be are going to provide a life line.